I am diving into the world of Hadoop right now. This post is to serve me as a cheat sheet for the use of and connections between the many available tools in the Hadoop ecosystem.

I am following this udemy course on Hadoop. My notes are mainly based on that course and the book “Hadoop: The Definitive Guide” by Tom White.

YARN stands for Yet Another Resource Negotiator. It was introduced in Hadoop 2, where the resource negotiation part was split out from MapReduce, so that alternatives to MapReduce (such as Spark and Tez) could be built on top of YARN. Where HDFS splits up the data storage across your cluster, YARN splits up the computation.

YARN will try to align worker nodes and storage nodes to run jobs as efficiently as possible. The resource manager spins up a MapReduce application. It first spawns an application master on some node that has capacity. The application master then requests additional nodes that run different application processes (which are usually Map or Reduce tasks).

Usually, you should not code against YARN directly. Instead, use one of the higher-level tools, for example Hive, to make your life easier.

Hive provides a SQL-like language for working on data stored on Hadoop-integrated systems. That is, it makes your HDFS-stored data look like a SQL database. Under the hood, it transforms the queries into efficient MapReduce or Spark jobs. Also, R and its RJDBC and/or RODBC packages can use Hive commands.

Pig is a platform for creating data processing programs that run on Hadoop. The corresponding scripting language is called Pig Latin, has a SQL-similar syntax, and it can perform MapReduce jobs. Without Pig, you would have to do more complex programming in Java. Pig then transforms your scripts into something that will run on MapReduce.

Both components solve similar problems; they make it easy to write MapReduce programs (easier than in Java, that is). Pig was created at Yahoo, Hive is originally from Facebook.

Spark is probably the most popular technology right now. It is similar to MapReduce. It sits on top of YARN or Mesos. You can write MapReduce queries in Python, Java or Scala (preferred). It’s very fast and reliable right now. It can handle SQL queries, handle Machine Learning algorithms across a cluster, and many more things.

Ambari is a web-interface to view and control your Hadoop cluster. Ambari is the Hortonworks solution. Competing distributions (e.g. Cloudera) have other tools here. It “sits on top of everything”. It gives you a high-level view of your cluster, what’s running, what system you are using, what resources are available/in use.

Ambari can even be used to install Hadoop.

Zookeeper is a coordinator. Many other tools rely on it. It can keep track of what node is up/down, which one is the master node, what workers are available, and many more things. Tools like HBase or Drill make use of Zookeeper to recover from failures during a task.

Things that can go wrong on your cluster include the master node crashing, a worker crashing (so its work needs to be redistributed), or network trouble, where a part of your cluster can’t see the rest of it anymore. In a distributed system, many many things can cause some sort of failure. Zookeeper sits on the side of your system and tries to maintain a consistent picture of state on your entire distributed system in a consistent manner.

It does so by creating a little distributed file system that any application on your system can write to or read from. It ensures consistency of this data, but it delegates the work of managing this information to the individual applications.

You’ll typically have more than one Zookeeper server (called an ensemble), so that one node failing won’t be a problem. The servers keep their information stored redundantly. All other applications then run a Zookeeper client that maintains a list of all servers. 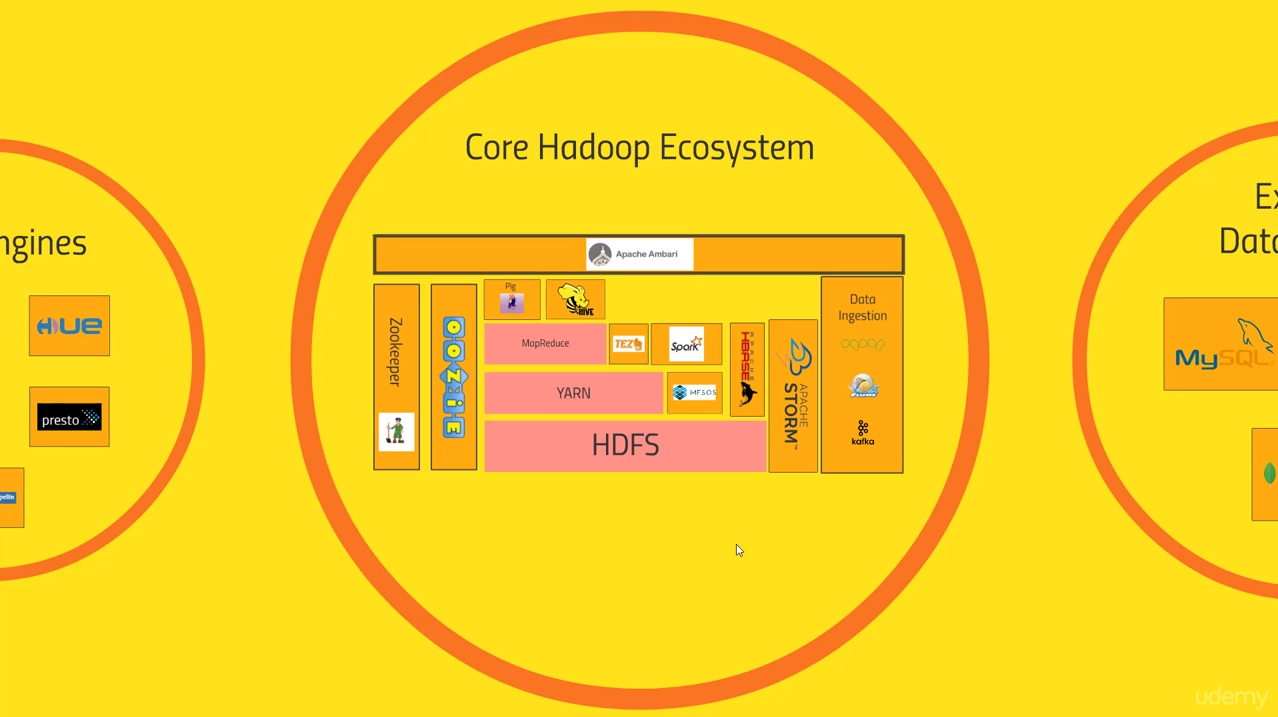 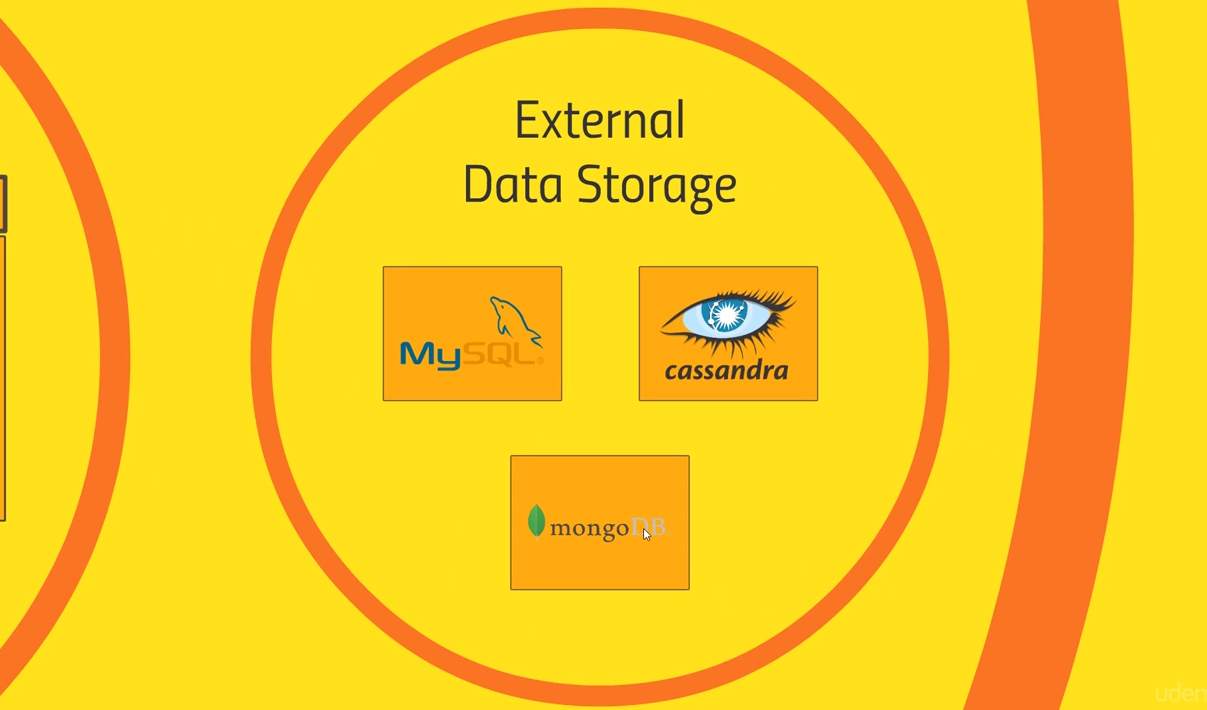 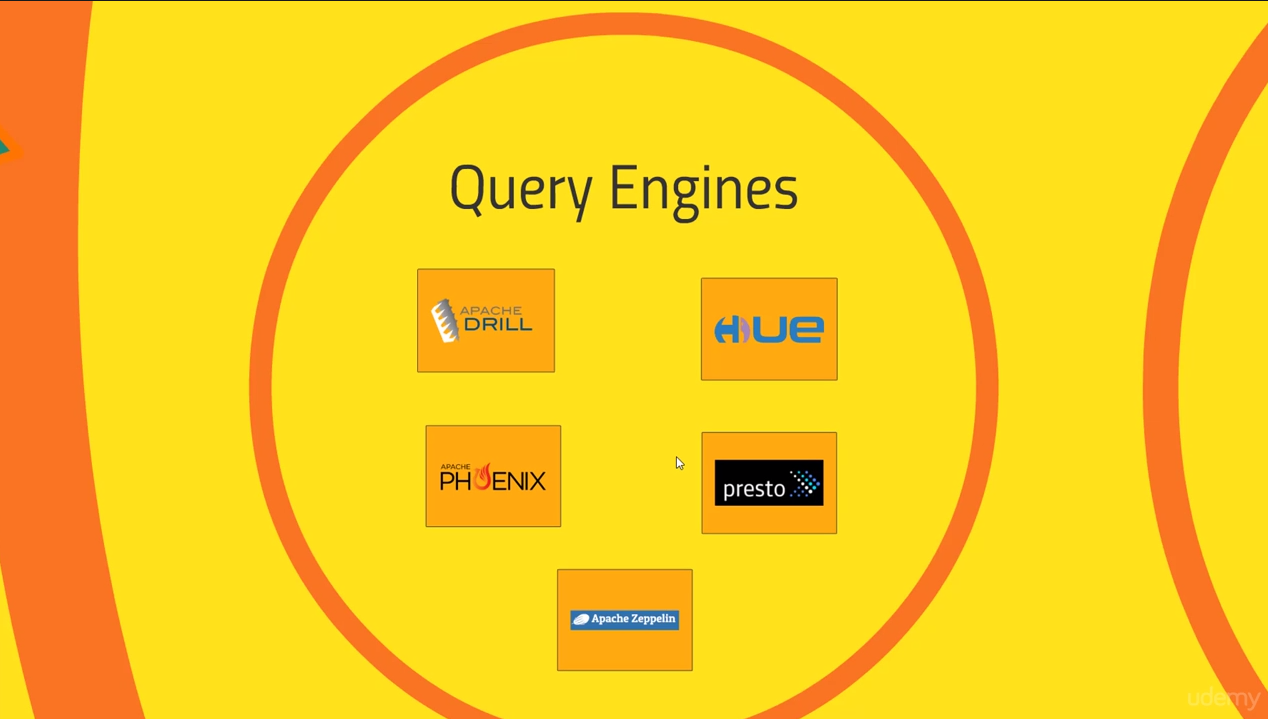 Two older technologies that are not really in wide use anymore, but might show up somewhere in a legacy system: